The search for such a network to ensure the continuity of the leaders who have been in the different Cardijn movements has been going on in different countries particularly in Asia from early 1990s. Former leaders from YCW and YCS have been meeting independently and also as a group together with former leaders from IMCS to seek a way of continuing their commitment towards social transformation. This gave birth to many forums at various levels.

For the former YCW leaders, the History Project initiated in l997 by the IYCW in connection with the 75th year celebrations in 2000 was a great opportunity to come together and to share their preoccupations. In a way, the assembly of thousands of former YCWrs in Belgium gave an impetus to think of continuing the spirit of Cardijn in some form or the other and to contribute towards development and social change.

After the end of the YCW History Project, Stefan Gigacz, former IYCW Treasurer began to work for CCFD France, a Catholic development organisation, as a project officer for several countries in South East Asia: China, Vietnam, Thailand and Burma. In this capacity, he met CCFD partners and many others involved in development work including a number who had a background in various Catholic lay movements such as the YCW, YCS, IMCS, ICMICA, etc.

Thus, in discussions with Rungrote Tangsurakit and Rungtip Imrungruang, a small Networking for Development conference was organised with assistance from CCFD at Siam Park Hotel, Bangkok from 21-23 July 2001 with a dozen participants from Thailand, Philippines, Burma, Vietnam, Singapore, and Australia. 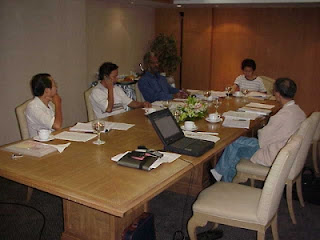 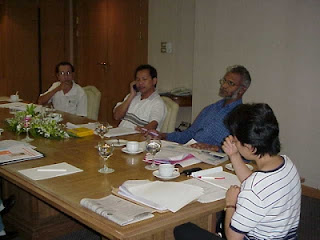 Creation of the Cardijn Liaison Committee
The outcome of the Networking for Development conference was that it was decided to launch a network to continue working together on development issues.
Initially Cardijn Liaison Committee was chosen as the name for this network: Cardijn to reflect his spirituality and the methodology (see, judge, act), Liaison because we saw our objective as linking people up, and Committee because we were wary of creating a new structure too quickly.
Rungrote Tangsurakit of Thailand was nominated as CLC coordinator and took on the title of President for communication with other organisations.
A number of mid-term objectives were also fixed:
A follow up meeting on 6-7 October 2001 held in Siam Park Hotel, Bangkok adopted a plan of action including the following priorities:
Home